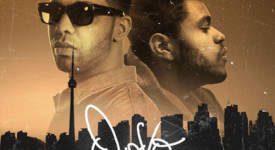 [Verse 1: The Weeknd]
Getting sober for a day
Got me feeling too low
They tryna make me slow down
Tryna tell me how to live
I’m about to lose control
Well they can watch me fuck it up all in one night
I’m in my city in the summer
Camo’d out, leather booted
Kissing bitches in the club
They wanna threesome, then some
Spend whatever come in, fuck an income
Me and my niggas we ain’t never going broke
And you, have to, do it all
Just to know where it gets you
Living dreams we can never afford
Now we sitting in the back saying